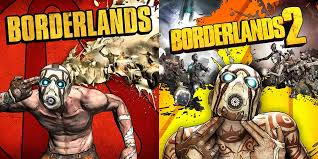 Recently I revisited a franchise that I really like when I used to play on the Xbox 360, Borderlands.  Back on the 360 I had the first Borderlands and when I began PC gaming I actually bought the 2nd installment Borderlands 2 but for some reason I never played it. Over winter break I decided to try it out again, I think I didn’t play it for so long because I thought it was kind of old and outdated.  But, when I started playing I really enjoyed it.  I loved how you could totally customize how you play the game with class mods and skill trees to give boosts to certain aspects of your character and allow them to have certain abilities.  The gun play was also really satisfying I loved trying out new weapons with different elemental burns and especially rare and unique weapons that were totally different than everything else. It reminded me a little bit of one of my favorite games ever Destiny and Destiny 2 and I think the Destiny franchise could even learn a little from Borderlands. I would definitely play a Borderlands 3 but sadly I don’t think gearbox the makers of Borderlands are going to make one.

One thought on “Borderlands 2”