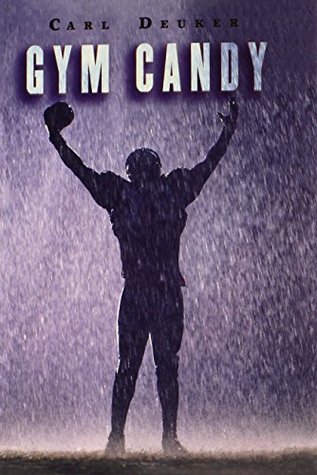 Gym Candy by Carl Deuker was an amazing book to read. It was an emotional rollercoaster from beginning to end. The main character was a very dynamic. This made the book even more interesting. I recommend you should read this book. The main character, Mick Johnson, loves to play football. He has been practicing and playing football since he was a little kid. His father was also a great football player. He made it to the NFL. Mick looks up to his father. One time, he was facing the highschool of FootHill. They were fighting for a playoff spot. Mick was playing very well until the end of the game. It was the last play, and he was one-on-one with a line-backer. He was stopped on the one yard line. That moment made him extremely sad. Because of this moment, he went down a bad path. This amazing book had almost everything. It had drama, sports, suspense, and action. The one thing the book lacked was humour.

In my personal opinion, this book a 4.5 stars because it had almost everything.

Our book club group was outstanding. It was a very good environment. Everyone contributed to the discussion and nobody judged anyone else. I liked how we all came to the meeting prepared. I believe that the format that we did the book club in was amazing. There was nothing to change. I would like to have us meet every other class. I believe the way students were held accountable was good. We should keep the blogs. Overall, I liked the way we did the book club group this time around.