I thought Georgia had it in the bag, I really did. Georgia came out in the second half hungry for a win and Jalan Hurts along with the entire Alabama team could not do anything. At halftime, it was 13 to 0 and I thought Alabama was not going to be able to come back, but then they had a trick up their sleeve. Tua Tagovailoa, Alabama’s backup quarterback who never started a game comes in and helps the tide score 20 points in the second half. This must have been one of the greatest comeback stories that I have ever heard; “The backup quarterback comes in the second half of the College Football National Championship and brings his team back and wins in overtime!” I think something like this will never happen again. How about you? 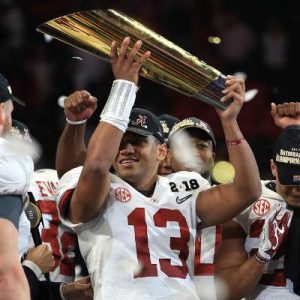