With 10 million users and counting, it’s no surprise that Zepeto is growing massively in size. It’s a social media platform where you design a 3D model after yourself and find friends. It seemingly blowed up overnight even though it was used by the fans of k-pop. The company behind this app, Snow Corperation and Naver Corp., have grown in popularity. But sadly in popularity, it ended up causing a massive hoax.

On Twitter over the Thanksgiving break, a rumor spread around about how Zepeto steals your information. In the orignal post they said that it started in a Snapchat group chat and from there spread massively. People then started saying that if you had your volume at 100 and really listened, you could hear static. They also pointed out that in the beginning it asks you for permission to use your camera and doesn’t ask again. Luckily, people debunked this claim by stating that the app never asks you for your location, which is probably makes it way easier to track someone. Not only that but the company, Snow Corporation, is known for making filters for your phone, not stealing identities. Naver Corp., the parent company and one of the biggest search engines in South Korea, hasn’t released a statement talking about the allegations.

Personally, I find this whole situation reminiscing of the scandal a few years ago of the app Talking Angelica where people claimed to be stealing information and recording kids. This also happened with Pokemon Go when it was released and people said it would track you. I’ve been using the app for 4 days now and it seems completely safe, only complaint is the lagginess brought in by the fact that there’s so many people using the app now. I don’t see a problem with the app and I doubt there will be one.

Ever since that day, the account has been blowing up with followers and mentions as people try and decode what they’re trying to say and where they are. The whole premise is that there’s some cities in the United States where the sun has completely disappeared. The owner of the account was saying that they could hear tornado sirens in the next county over yet the skies were clear. In a video uploaded to the account, CNN is playing on a very small screen as the reporter says that there’s violent riots happening in Chicago, New York, Los Angeles, Dallas, and Washington DC. Later they say that there’s nothing in the sky and people are going insane. They take videos outside and you can see flashing lights and a pitch black sky, weird since the videos were uploaded at around 5pm and the sun should be out regardless of what time of the year it is. From here on forward, they keep hearing strange noises, seeing weird people, and even finding friends in the same position as them. They even took a picture of a strange triangular spacecraft in the sky and found someone experiencing the same thing in, get this, Virginia.

If that’s not offsetting and absolutely weird I have no clue what is.

So far since then they have met up with one of their friends and they started driving away from that area. There they had an argument and were split up. Now they are all alone in the woods and also got a video of what it sounds like a plane crashing. Since then, there’s been no update.

This Alternate Reality Game (ARG) is a popular one made by an 18 year old named Aiden Elliott. He’s a filmmaker from Tennessee trying to find new ways to say stories. He says he is responsible for all the accounts, pictures, and videos on all the accounts in that reality. He calls his story an Interactive Story and not so much an ARG, saying “ARG is kind of a flawed label in my opinion.” He’s extremely humble with his work and very excited to see how it goes. He’s hoping to have a Netflix show on it since it started off as a movie concept. (All info came from @funwrita on Instagram and Twitter)

Personally, I love ARGs. They are very interesting and are very new ways to tell stories while using social media as its medium. The whole conspiracy theory aspect of them are extremely entertaining as well and usually written very well. The puzzle aspect is also a lot of fun when decoding. I’m excited to see where this story goes and would love to see a movie based on it. 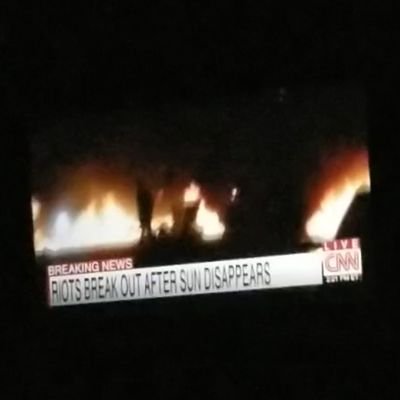