I’m Participating in the Blogging Challenge

adopt your own virtual pet! 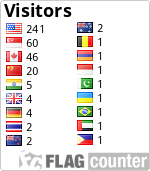 Hello peeps! I’m excited😁 to share with you an emoji story! Above are the emojis my story is based on. I will make the words that match up to the emojis bolded. I hope you enjoy it!

An Alien named Monsieur crashed into earth. Standing, he was about nine feet tall and he glowered at the inky black sky. “Hey! Je ne veux pas vivre sur terre! Ramenez-moi à la maison!”(I don’t want to live on earth! Take me home!), he said in an indignant tone. The alien brushed himself off and looked around. He was, of course, in the middle of nowhere. It was a desert- like area, with dry dust kicking up with the wind.  “Not a lifeform in sight”, he thought despairingly. The Counsel of Aliens had banished the French alien because of his refusal to experiment on humans. Monsieur had let the humans expiremented on go, but was caught soon afterwards, trying to escape the Mother Ship.

Monsieur then spotted… a light? It the far distance, a small square light had appeared. Monsieur quickly realized it was light from a window, and he soon made out a house in the darkness. Using his long legs, he got to the house’s porch in seconds. He heard familiar alien voices and screams from inside. Monsieur raced inside the house to find no one. He walked from room to room calling out, “Bonjour? Y a-t-il des humains à la maison?”(Hello? Are there humans at home?) Then Monsieur walked into a nursery. Looking around he noticed a bundle of blankets. Monsieur poked it and it squirmed. Monsieur gasped as the bundle began to wail. A baby! Monsieur picked it up. Two dark brown eyes stared up at him, tears in his eyes. Monsieur hushed the child. It was obviously scared and upset. Monsieur gave the baby an awkward smile and walked out of the house, trying to stay quiet incase the aliens were still there. Monsieur was fuming. How dare the Counsel of Aliens capture MORE humans! Monsieur had worked very hard to keep the humans on the Mother Ship safe, and now it was all for nothing! As Monsieur descended the stairs, he spotted a purple print in the carpet. Monsieur recognized the print as an aliens footprint and frooze. The print was fresh.

Then, from the other room, he heard two Homme Extraterrestres shout, “Arrêt! Reste où tu es!”(Halt! Stay where you are!) Monsiuer bolted from the door, and the baby began to cry as Monsieur stumbled on the steps. Who did the aliens think they were kidding? He saved humans, not gave them over willingly. As Monsieur raced into the night, ahead he saw a train station amongst the tumbleweeds.

Behind him, Monsieur heard the Homme Extraterestres gaining on him. The people on the platform screamed and shouted. Monsieur contiued on, and scrambled past the closing door and made it inside the last cart. Outside, odd white flashes flashed infront of the door. The flashes seemed to be coming from small sqaures in the human’s hands. The train began to move, and through the tiny window, Monsieur saw the two aliens that had followed him, cornered and blinded by the humans snapping pictures. The train started to move, and for the next twelve hours, the baby and Monsieur rode the train through the desert and mountains.

At the last stop, Monsieur was forced to get off the train, the child in his arms asleep. Monsieur looked around, then began walking up the steps closest to him. As he ascended, a parking lot blossomed infront of him. Monsieur walked around in broad daylight, getting stared at and pointed at. Monsieur walked around and tried car locks, until he found a blue car that was unlocked. And right before the police showed up, Monsieur and the child drove away, off to save more humans from the aliens wrath.

Leave a comment and a link to your blog! Happy Holidys!