The Lakers this year have been nothing short of a major disappointment. The only thing they accomplished was waste one year of Lebron’s four-year deal. He is not getting younger and their window with him closes every year they disappoint. They had to deal with many injuries , most notably Lebron who missed the most games of his career. Lonzo ball got injured in january and will miss the rest of the season.  Brandon Ingram will be shut down due to his arm. The other big mistake was trying to trade most of the team for Anthony Davis before the trade deadline very publicly and not doing it.  My guess is that the players they tried to trade got mad at management and didn’t try their hardest after the rumors surfaces and they didn’t get traded.

The NBA MVP race has been an interesting one. The current top three candidates are Paul George, James Harden, and Giannis Antetokounmpo. Giannis is the current favorite as he leads he Bucks in everything and they are the top of the eastern conference.  James Harden has ben a scoring machine this season, no team can seem to stop him from scoring at least 25+ per game. The surprise has been Paul George’s play, he is the best player currently on the Thunder and the Thunder are playing well this year. My pick is Giannis and I can’t really see anyway he doesn’t win the award with the way he has been playing this season. 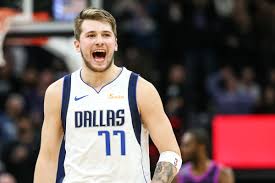 As it currently stand he Brooklyn Nets are sitting at sixth place in the eastern conference. With their roster and the fact that they haven’t had their draft picks the last few years, this is extremely impressive. Their starting five includes D’Angelo Russell, Joe Harris,  Rodions Krucus, DeMarre Carroll and Jarrett Allen. That is not a lineup of a playoff contender, the lineup should be near the bottom of the conference, yet here they are. One name that wasn’t mentioned is Caris LaVert, he has played extremely well and if it weren’t for his injury earlier in the year, he would be in the running for the most improved player. I personally think that there finally is hope for the Nets for the first time in a little while. 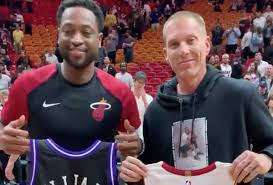 The first round of all star voting was submitted and some of the results are surprising.  The leading vote getters are Lebron James for the west with 1,083,363 votes and Giannis Antetokounmpo for the east with 991,561 votes.  Mavericks rookie Luka Doncic and Derrick Rose of the timberwolves are the two biggest surprises on the list. I would not be upset if Rose got in as he has been through a lot and is playing well. I personally think that someone like Tobias harris or Mike Conley should be an all star over Doncic.

The NBA western conference has been nothing short of unexpected. The Clippers are in first place in the west, not the Warriors or Rockets the Clippers. The Clippers missed the playoffs last year and lost Deandre Jordan in free agency. The Grizzlies are currently in fourth place, they also missed the playoffs last year. These standings will not stay, as the season progresses. the current standings will change. None of the teams in the west are separated by many games and some of the teams are too good to not make the playoffs. 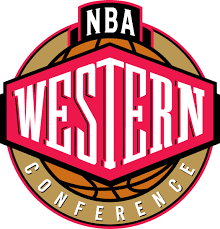 Derrick Rose, where to start with him. He won rookie of the year in 2009 and became the youngest MVP ever in 2011 at just 22 years old.  His career seemed to be set to go down as one of the greats. In 2012, in the playoffs, against the 76ers he jumped and landed on his leg awkward, he had torn his acl. He missed most of the next year. Since then he has had 4 major knee surgeries along with other minor injuries. His career seemed to be in jeopardy. On October 31 of this year he scored a career high 50 points against the jazz and sealed the game with a block. On the 7th of November he scored 31 points with a career high 7 threes.  What he has been able to do with all of his obstacles has been incredible. Lebron James said it best, “… even when a superhero gets knocked down he’s still a superhero and Derrick Rose showed why he’s still a superhero.”

A tearful Derrick Rose after his 50-point game: 'It means everything'

The NBA season tipped off two days ago with the Celtics and Warriors winning their opening games.  The celtics easily handled the Sixers and Joel Embiid saying, ” They always kick our a**,” when asked if there was a rivalry between them and the Celtics. Jayson Tatum of the Celtics looked very good in his first game as a sophomore. His game has evolved since last year and it is obvious that he has been working with Kobe, his array of moves has expanded and his footwork is getting better. The Warriors against the Thunder was a very close game despite the thunder missing Westbrook. The Warriors were missing Cousins and will not likely get him back for a few months and started Damien Jones at center. The Thunder already look like a sleeper team that may do well this year. The Warriors still no matter what will probably three peat this year.

Was this a dunk or not?

What was better: Jaylen Brown's bucket over Joel Embiid… or his stare down?

Welcome to my blog.  I have always been interested in the NBA and some of the weird stories that happen throughout the year. This blog is about the nba season and the major stories that happen. Minor stories or ones that are interesting but don’t get talked about much will be here.