This week there will be a new off-white and Nike collaboration coming out, it is on the air max 90 and the colorway is called desert ore. the shoe is light brown with a salmon swoosh and has the classic off-white touches. This shoe will be $160 and it will release on January 17th 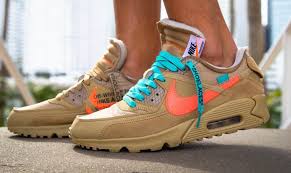 this next shoe is not a new release but it is a restock of the yeezy 350 v2 in the butter colorway. like all other yeezys this shoe sold out, this shoe comes in a light white yellow color and some nice bright green laces. This shoe will be restocking on January 11th

This shoe I am most excited about, it is the first colorway of the Nike pg3 and they have made a collaboration with NASA, NASA has done a shoe with vans before but sadly that shoe only went up to a size 13. this shoe has a mostly orange upper with grey hits, this shoe also has an american flag patch. 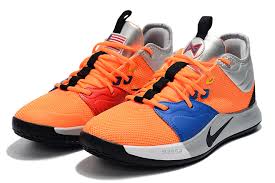 The kyrie 5 has just released and it already had 2 collabs. One of which is the kyrie 5 taco collab this shoe is done with a DJ named taco out of the 2 this is definitely my favorite shoe. This shoe will be releasing today, also there is a collab with the brand cncpts this shoe does not have a release date yet. 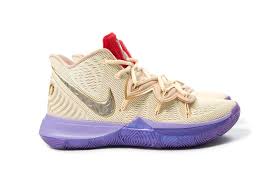 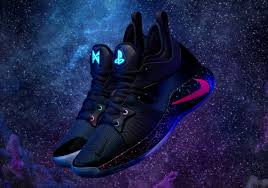 2. Dame 4 bape, this shoe released on february 16th 2018. This is a shoe by adidas and a bape and released in 3 colors a green camo, a black camo, and a very limited red camo 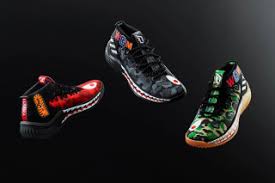 3. Nike off-white hyperdunk, this shoe released on november 21st 2017. This is collaboration shoe between nike and off-white there were 9 other shoes to release in this pack called the ten, however these were my favorite.

4. SNS and Social Status collab with adidas. This is the most popular shoe model by adidas called the ultraboost. This shoe retailed at $200 and released on february 8th 2017 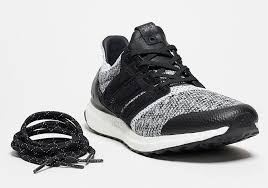 5. Nike SB diamond dunk. This shoe is very unique and released with two other colorways, it is a collab with the brand diamond. This shoe is incredibly limited to about 100 pairs and the release was cancelled and only about ten have been sold. this shoe has a resale of about $2500 and retailed at $100 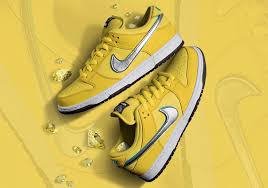 this week is a big week for the sneaker community, companies like nike and adidas are making a few shoes that have been very anticipated by the buyers. Nike is releasing a collab with off-white on a converse chuck taylor, the chuck taylor is one of the most classic sneaker models on the planet. The reason why many people want this shoe is because it is very cheap and is only $120 which makes resellers go crazy since they could sell it for about 5 times as much money they spent. For adidas they are releasing many shoes with the popular show dragon ball Z, about 5 shoes have came out so far and there are still a couple that will be coming out at a later date. the most popular one is the goku zx 500 which is reselling for about double the original price. That’s it for this week ill make sure to keep you updated on the next.