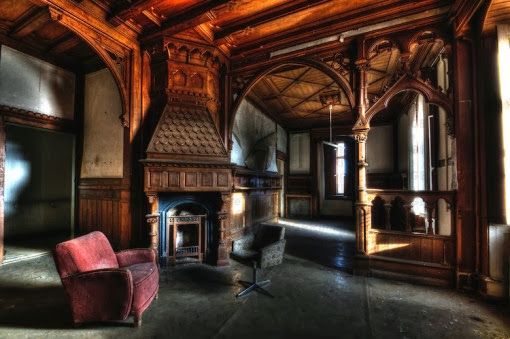 All the residents of Sterling had to stay inside their houses. We just knew we had to, and we knew we had to not let anyone in. There was a killer on the loose, and we were not allowed to run–only to hide. My house in the dream was strangely dark, and much larger than it is in real life. A spiral staircase made of the darkest wood accented a dark interior with chandeliers but little to no decor. It seemed more terrifying and sinister than comforting and safe.

After some time had passed, my sister brought in a boy from her school who had nowhere to go; our kind parents couldn’t say no to his lost and weathered face. He walked up the creaking stairs with my sister, and turned around to look at me.

My dreams are usually kind of blurry or fuzzy, since there’s so much going on and the premises of the dream are constantly shifting. But when the boy turned around and looked at me, his eyes were a strange pale blue that stood out from the rest of the dream. His eyes bore into mine for like five minutes, and I was too scared to say or do anything.

When he finally left, I tried to run to my parents about the lost boy being the killer. They didn’t believe me, and I started panicking and ran back up the dark wooden stairs to where my sister and the boy were. Or where I thought they were.

Not being able to find them, I ran back downstairs to where I saw the boy killing both my parents in the kitchen. It was silent, with absolutely no screams or noise or any sort of auditory senses. I could only see what was going on, and I could only see the boy stabbing both my parents with a kitchen knife and turning around to look at me with his creepy eyes once again.

Somehow, he suddenly became frozen in the dream, while I was not. I grabbed my sister and my little brother and dashed out the giant double doors of this dark house that wasn’t really mine. The neighborhood was so empty and so quiet, and I could feel the murderous boy following me.

Finding refuge in a house far away from my own, past hills and field of grass, I finally felt safe. The house was much lighter and brighter than mine. Silver light and golden stairs with colorful art decorated my new home. The mother of the house had hair just as golden as the house and a voice just as bright and welcoming. All should have been well.

The killings weren’t the scariest part of the dream. In fact, the worst part of my dream was the weeks I had to go to school, completely devastated and distraught that one of my favorite human beings was now gone. It seemed perpetual, going to school day in and day out without having my anchor with me. The scariest part of the dream was the uncanny, realistic depression I felt for “weeks” within my dream. I hope you never have to feel that loss, dream or no dream.