Released October 1oth 2007 by Valve Corp. Team Fortress 2 took the world by storm with Valves remake of the 1999 classic “Team Fortress Classic”.  When the game was originally launched over 20 thousand players bought it on its FIRST day for $20. Within 2007 TF2 Claimed over 5 awards including, Best Artistic Design, Game of the year and Best Multiplayer experience. The game is a Team VS Team game averaging over 20 people per match with the choice to play 9 different and diverse characters. 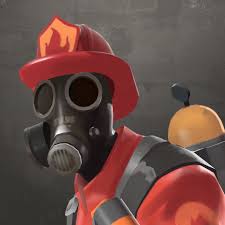 During mid 2011 TF2 was starting to hit an all time low and Valve decided it was time for it to become “Free to play”. When the game first became free to play the game started to hit over 60 thousand players a day. Since the game was free to play Valve had also added in Micro-Transactions or the ability to purchase cosmetic items either off auction on Steam or loot boxes in game. With the new micro-transactions the TF2 team released hundreds of new items from gun skins to hats. Along with all of the new items Valve also opened the ability to create custom hosted servers that you could run from a computer for you and your friends to play on. With all Valve added after 2011 the game started to grow in popularity due to the allowance of diversity ingame, different strategies and new custom maps that we’re added.

Here is a quick rundown.

Released May 24th 2016 by Blizzard Entertainment for $40-$60. Overwatch was the #1 biggest competitor with TF2 after it was announced at Blizzcon 2014. Overwatch was the product of a past games by Blizzard called “Titan”. Midway through modeling and testing Blizzard shutdown Titan and recycled it into Overwatch keeping a small baseline from the past game. During 2016 Overwatch had also gained many awards including Multiple Game of the year awards. Overwatch was a 5v5 Team fight that consisted of 21 original characters. Each team could only have 1 of each character until custom games were added. Currently as of Blizzcon 2018 (That I attended in Anaheim, California) they added the 29th hero “Ashe” (I was in the first game EVER to play Ashe).

Overwatch has had a steady stream of updates that include, New gamemode, new heros, new maps and new buffs/nerfs. Overwatch came with lootboxes and cosmetics for each of their heros allowing players to change up what they look like. The game is always changing its M.E.T.A or Most Effective Tactic Available and is staying mainstream even in late 2018.

Here is a quick rundown.

By simple comparison you can tell that each game has its ups and downs. If you are ever interested in playing either of the games I will personally recommend TF2 before Overwatch. This is mainly just due to costs and the fact that TF2 (in my opinion) is more difficult. If you enjoy TF2 then I will almost assure you that you will enjoy Overwatch. up till now the gaming communities of each game had been at each others throats but as 2018 started each group had become more hand in hand. Each game had its good moments and each had their bad.