Overwatch League Season 2 started yesterday February 14th.  With the Start of OWL Season 2, 8 new teams join the veteran 12 teams from last Season including, Toronto Defiant, Washington Justice, Guangzhou Charge, Atlanta Reign, Chengdu Hunters, Hangzhou Spark, Paris Eternal, and Vancouver Titans.  The first day of Overwatch league had 4 very exciting games.  The first game of the Season was the exact same as the last Grand Final Championship game of the first Season, Philadelphia Fusion vs. London Spitfire, in the Grand Finals the London Spitfire was victorious over the Fusion but this time it wasn’t the same the Philadelphia took their revenge by taking a nail biter 3-1 win.  The second game of the day was the New York Excelsior vs. Boston Uprising, New York Excelsior and Boston Uprising are both teams with lots of potential, when Uprising were in their peak in Season 1 they were the best team in the league.  However New York Excelsior is  just the most consistent team in the league and they are consistently in the top 3 teams, so Excelsior took the win 2-1.  The next game of the day was between a fan favorite Seoul Dynasty and a team playing in their own home the Los Angeles Gladiators.  These teams both have great individual players and have shown lots of promise in the past.  In their match-up Seoul Dynasty took the win in another close 3-1 game.  The last game of the day was argued to be one of the best if not the best, Shanghai Dragons vs. Hangzhou Spark.  Shanghai Dragons hold the title for the longest losing streak in all of sports history not only eSports but conventional sports as well, going 0-40 in the first Season of OWL never winning a game and not making the cut for the play-offs.  The Hangzhou Spark would also be the first new team we would see play.  But, ever since they announced joining the OWL they became a fan favorite with a vibrant cotton candy blue and pink color scheme and a very powerful roster coming mostly for a dominant korean team called Panthera which performed very well in smaller tournaments.  But, hopes were high for Dragons fans because the entire team had been redesigned by the organization with only a handful of players from the first Season staying on the team.  Sadly the losing streak continued for the Dragons losing to the Hangzhou Spark 3-1 in another very close match.  In the beginning of the game it seemed as if they were going to have an easy win but the Spark didn’t give up and always came back with a fight. 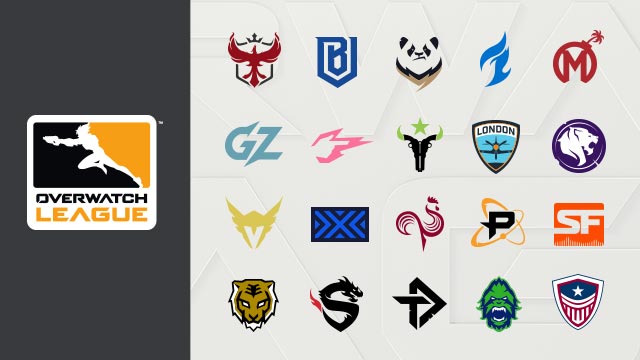