The European Finals are finally set. After a long hard fought season of high level competition, the knockout rounds have finally come to a close. All four of the European finalists hail from England, making this the first time in history that all four teams have come from the same country. There were some MAJOR comebacks in the semifinals.

In the Champions League, Liverpool came back from a 3-0 deficit after the first leg against Barcelona, and won 4-0 at Anfield! Nobody saw this coming, as Barca crumbled away from home. Tottenham lost the first leg to Ajax at home 1-0. In the second leg Ajax jumped to a 2-0 lead before halftime. Then something incredible happened. Lucas Moura went on to score a hattrick in the second half including a goal in the 96′ to win the game and send Spurs to the final. Liverpool and Tottenham will play for the Champions League in Madrid on June 1st.

In the Europa League, Arsenal had a relatively easily going with Valencia, beating them 3-1 in the first leg, and 4-2 in the second leg. After being almost totally eliminated from getting top four in the Premier League, winning the Europa League is their only way to get in the Champions League next season. Chelsea tied 1-1 with Eintracht Frankfurt in both legs which meant that they went to penalties at Stamford Bridge. Chelsea ended up winning on pens with Eden Hazard scoring the winning penalty. Arsenal and Chelsea will play for the Europa League in Azerbaijan on May 29. 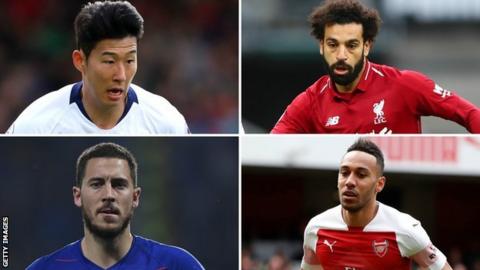