The race for the top four is heating up with only 4 games remaining to play. With Liverpool and Manchester City locked up the top two spots (not necessarily in that order), that leaves 4 teams in the top 6 fighting for the last two Champions League places. Tottenham currently sits in 3rd with 67 points, Arsenal sits in 4th with 66 points, Chelsea sits in 5th with 66 points, and Manchester United sits in 6th on 64 points. All of these teams missed opportunities to gain an edge as all four of these teams lost their last league game. Chelsea lost in midweek to Liverpool 2-0. Tottenham lost to city 1-0 after knocking them out of the Champions League. Arsenal were tripped up by Crystal Palace 3-2 at home. Manchester United suffered an embarrassing 4-0 loss to the hands of Everton. Right now it seems like no one wants top four. Champions League football is on the line with only a few weeks left in the season. There is no room for mistakes anymore. Chelsea and Spurs both play bottom 6 teams in the week, in Burnley and Brighton. On Wednesday, Arsenal travel to 10th placed Wolves, and United have the big game in the Manchester derby. 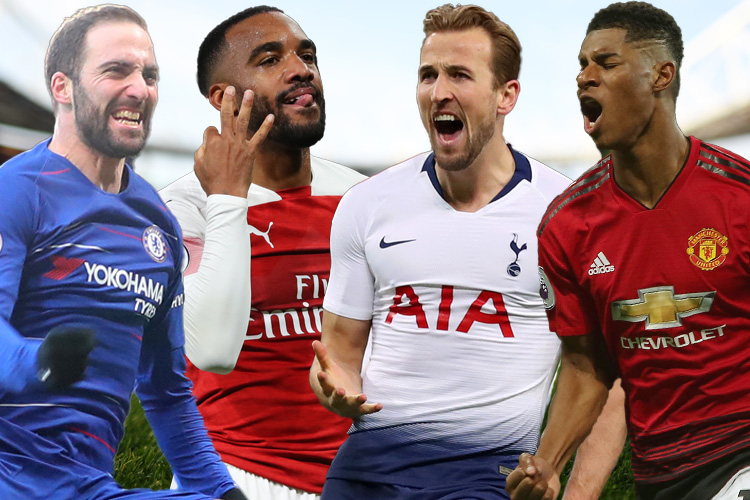 European Competitions Are Back!

Champions league and Europa League are finally back. The Champions League had its quarter finals first legs on Tuesday and Wednesday. For the first time since 2009, 4 teams from the same country all made the quarter finals of the Champions League. Three Premier League teams were in action on Tuesday. Liverpool played Portuguese side Porto, and the other two Premier League clubs faced off as Manchester City played Tottenham. Liverpool started off with a comfortable 2-0 victory at Anfield. Naby Keita and Roberto Firmino provided the goals. In Tottenham’s new stadium, the Spurs pulled off a 1-0 victory with Heung-Min Son scoring the lone goal in the second half. Sergio Aguero missed a penalty kick in the first half which would have put Manchester City ahead. One Wednesday, Manchester United played Barcelona at Old Trafford. VAR came through for Barca as they won 1-0 off of a Luke Shaw own goal. Two English clubs will be competing in the Europa League on Thursday. Arsenal will face off against second placed Serie A team Napoli, at the Emirates. Chelsea will face off against first placed Czech First League team Slavia Prague, at the Synot Tip Arena. Will 5 out of the 6 English clubs advance to the semis in their competition? We will have to see.