Arsenal is back. After 22 years under the helm of Arsene Wenger, Arsenal has found a new identity. New manger Unai Emery has brought something different to the table. He has a newfound energy, which Arsenal isn’t accustomed to coming from the days of Wenger. He comes from a very successful PSG team which won the Ligue 1, and a total of seven trophies in two seasons. He has brought in a multitude of new signings to strengthen the core of Arsenal. Those of which include the likes of Sokratis, Bernd Leno, Lucas Torreira, and 19 year old Matteo Guendouzi. As well as a free transfer from Juventus in Stephan Lichtsteiner.

Arsenal had a hard start to the new campaign with two consecutive losses in the league to Manchester City, and Chelsea, two top teams in the league. Since then, Arsenal have found their groove. As I am writing this Arsenal has won 11 straight games in all competitions including 7 straight in the league. Arsenal has moved up to 4th in the Premier League table, a spot that they are familiar with. They are one spot above rivals Tottenham in the league tied on points but Arsenal has the edge on goal differential. Arsenal is also having a successful campaign in the Europa League. They have won two out of two of their games in the Europa league scoring 7 goals between them. Arsenal sits atop group E with a game against Sporting in hand.

Arsenal’s players have really stepped up in their run of form. Pierre-Emerick Aubameyang leads the strike-force with 6 goals and 1 assist in 9 games in the Premier League. His partner upfront Alexandre Lacazette, has also chipped in 4 goals and 2 assists in as many games. The two strikers have become one of the best strike partnerships in the Premier League. A part of the success upfront comes from German playmaker Mesut Ozil. Ozil was widely regarded as a player with the best vision for a long time. On his day Ozil could pick out any player on the pitch and give them a dime, but recently he has been questioned for his work ethic and his defensive attitude. Although, the critics have quieted down due to the string of performances by the former Real Madrid man. Ozil was praised heavily for his performance in the 3-1 victory over Leicester on Monday. He scored and assisted in the game and overall bossed the midfield showing flashes of his old self. 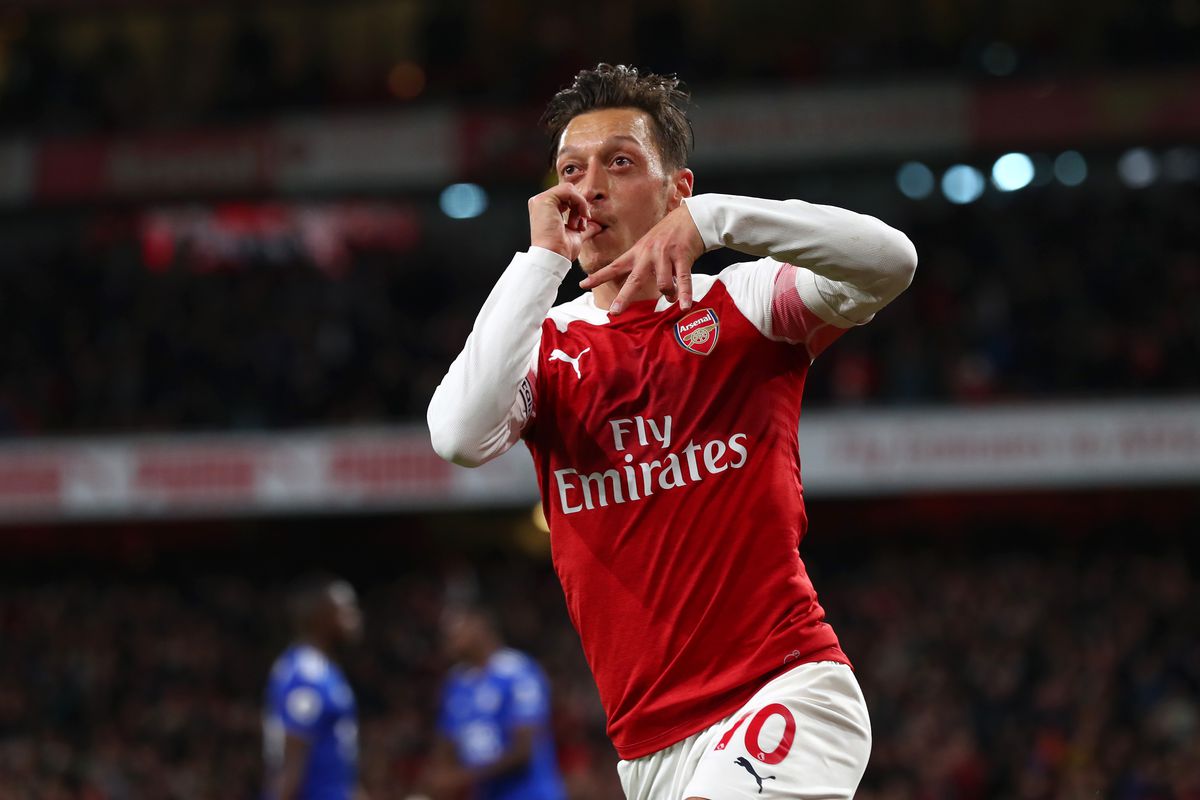 Arsenal is trending up, and playing the best football they have played in a while. They are almost in the discussion of challenging for the title and are one of the hottest teams in the league at the moment. Arsenal is back in the champions league zone and handling their own in the Europa league. Arsenal is finally back, and this could be the start to a long run at the tops of English football.

The Premier league is in full flow and the season is heating up. All the sides were looking to pick up points and move up the table. There were many exciting matchups and interesting storylines  in the seventh matchday of the Premier league 2018-2019 season.

Manchester United suffered a shock defeat to the hands of the hammers away from home at the London Stadium. Man. U. came into the game in a bit of a rough patch following a draw against Wolverhampton and a loss to Derby County midweek in the English Carabao Cup. Alexis Sanchez was dropped from the squad before the game not even sitting on the subs bench. West Ham pounced on the wounded Manchester team on Saturday. West Ham started things off early with a cheeky finish from new signing Felipe Anderson in the 5′ min. They doubled their lead when a shot from Yarmolenko took a deflection off of Victor Lindelof and ended up in his own net. Marcus Rashford pulled one back for the red devils with a backheel shot off of  corner in the 71′ min. Just three minutes later Marko Arnautovic Sealed the victory with a precise finish in the bottom corner. With the three points West Ham moved up to 14th, level on points with Burnley and Crystal Palace. Manchester United dropped to 10th place, with Jose Mourinho’s job in jeopardy. The Man. U. fans are unhappy and want change in the front office.