You’ve probably heard the joke where someone asks,” Hey, if you cut your leg off, would you feel pain?”  This sounds like a dumb question, because it is.  You would be like, “Well of course you would, idiot.”  Your friend would say, “But where do you feel it.”  You would say, “In your leg…”And your friend would just go on with this.  Now what does this have to do with strange science?  Well, out of the many weird things the human body is capable of, one completely doesn’t care about how your leg is gone, and how you can still feel pain there.  Although, you know, you’d feel pain in the nerves on the edge of the cut, there’s another possible way of pain.  Phantom limb is that way.

Phantom limb is a sensation that your limb or part of your body is still there, even after it has been removed or cut.  Usually, these sensations are painful.  It is extremely common for amputated people to experience phantom limb.  First described by French surgeon Ambroise Paré, who operated on soldiers, who described pain in amputated parts in 1552. 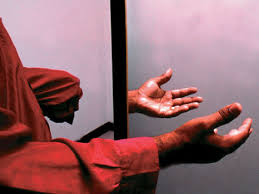 Phantom limb is not 100% figured out yet, but one interesting therapy caught my attention.  The mirror box therapy is where you essentially trick your body into seeing the phantom limb, and moving it out of its painful position, as most patients “feel” their phantom limb as being contorted and distorted.  It has had some success, but doesn’t work all the time.  Pain medication can help alleviate pain as well.

Phantom limb can occur from any part of your body being removed, even teeth.  It really only applies to cells that would send sensory information to your nerves, so phantom hair is not a thing (at least I’m certain of it).  Phantom limb syndrome is a strange occurrence for sure.

The main causes of phantom limb syndrome are virtually unknown, but scientists have estimated there are numerous mechanisms that contribute to it.  All hypotheses have failed, and do not independently explain phantom limb.  Some believe it’s just junk input from the peripheral nervous system, others think it’s due to reorganization of the parts of the brain, like the somatosensory cortex.  Who knows, phantom limbs are weird.

9 thoughts on “One Strange Thing Our Body Does”

A Place Where People Just Do Nerdy Stuff